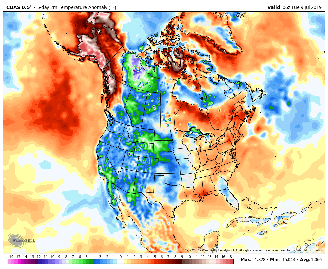 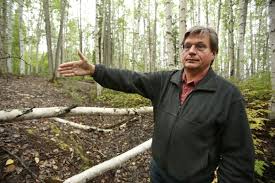 was flying through thick clouds over a permafrost field he had been monitoring for several decades in Alaska.”

“Suddenly a hole broke through the clouds and he directed his pilot to bank down toward the ground where he saw something he thought he would never see.”

“Instead of the pristine Arctic tundra his team had been seeing for decades, the terrain was awash in an undulating sea of hummocks and thermokarst ponds. Copses of vegetation were sprouting where they had never been before.”

“The University of Alaska Fairbanks geophysicist was shaken to his core. He hadn’t expected to see this kind of methane releasing melting for at least 70 years. It looked like the aftermath of a war.”

“Then, on June 12, 2019, Greenland experienced its hottest day on record. The temperature was 40 degrees above normal and sled dogs mushed through shallow meltwater lakes that covered the entire glacial continent.”

“On that same day, there was less ice covering the entire Arctic Ocean than on any day since satellites started monitoring the phenomenon in 1979.”

“Meanwhile, the bulging mass of warm high-pressure air had pushed the jet stream south, creating New England’s coldest wettest spring on record while India roasting India in 120-degree weather and San Francisco in a scorching hundred-degree heatwave on the other side of the descending jet stream.”

“These conditions have caused seasoned scientists to shake in their boots. They have long known that the Arctic ice and permafrost would melt, but they never expected how fast it would happen.”

“Because of these conditions, we can expect to witness more sea-level rise than the 1.5 to 3 feet predicted for the next 30 years. Northern high tides will also be 2 feet higher than in 2019 due to cycles in the orbits of the earth, moon, and sun.”

“But this will be nothing compared to the financial tsunami that will engulf the East Coast as it tries to decide how much money to spend to protect or abandon its flooded coastal communities.”

“It is doubtful that this will be done in a sensible manner, similar to what doctors do in the face of a multiple person medical emergencies. There, they triage patients into those that can be saved but must be dealt with right away, those who have minor injuries that can be dealt with later and those who receive just palliative care because are going to die anyway.”

“Under such a scenario, officials might spend money to save a community on high ground, but not on a low-lying community sitting on sinking soil or on a shifting barrier beach.

“But it is more likely that officials will try to jury rig a system where old large cities with more expensive infrastructure and political clout will be saved but where poorer rural communities will be abandoned.”

“This would be like doctors treating a wealthy patient before an indigent one, which we can ardently hope, is never done.”

“In the end, we are most likely to see an all-out, bare-knuckle, donnybrook with politicians seeing how much money they can get for their coastal areas regardless of any kind of assessment of their true vulnerability.”

“In this scenario, those communities who squarely face up to the reality of sea-level rise will have a huge advantage of those that have their heads stuck firmly in the sand.“

This site uses Akismet to reduce spam. Learn how your comment data is processed.